What a Cat, a Dog and Bob Marley Can Teach us About Overcoming Fears, Choosing Vulnerability and Giving Love a Chance

Things were not always harmonious for Thor and Runa. Thor is our 12 year old Collie and Runa is our almost 2 year old Siberian Forest Cat.

Runa joined our family as a 8 week old kitten. At that time, she was a frightened little baby, separated from her mother and the only environment she had ever known. It was obvious from her responses that she was terrified of everything in our home. The new room she was sequestered in, the sounds outside her room, and most of all, she was frightened of our 'Big Dog' Thor. Little did she know that he was a gentle giant who was anxious to make friends with her and impatiently waiting to shower her with his love. His temperament has always been one of a care giver with a soft soul.

As we followed the instructions that Runa's breeder had given us to help her ease into our home, she began to become bolder and show signs of curiosity about the sounds and smells outside of her room. It was weeks before we actually introduced Thor directly to Runa. And that too, was done under close supervision and, for only short periods of time.

The first time she met him, she cowered under the bed and did not come out for many hours. But as we continued to expose both of them to each other, the barriers between them started to break down. Runa saw how Thor was not aggressive with her and allowed her to lead the way to a possible friendship.

Now, almost a year and a half later, they cuddle up together and sleep on the same bed. Runa enjoys bossing Thor to no end, even though she is a fraction of his size and weight.

There is a lot to be learnt by us all in how they reached this point of trust, connection and love from a place of fear and suspicion.

Runa had to let go of her fears and learn more about this big, new stranger she had met. Thor had to be patient with her and continuously reassure her on how gentle and safe he was. 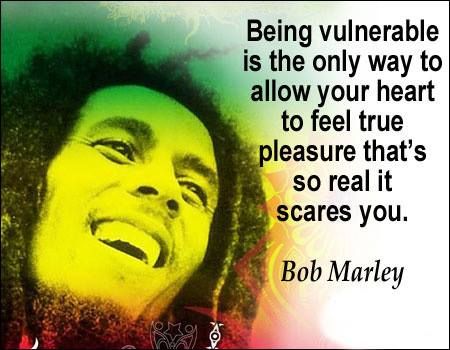 We can find ourselves feeling guarded in situations with someone new for many different reasons.


After all, why take the chance to get our hearts broken again and be left with nothing but pain and shame. It's understandable. But entirely self defeating. Not taking a chance on love is a guaranteed path to us being alone, disconnected and isolated. Because, without being vulnerable and opening our heart up to another human being, we will never find the pleasure and sense of connection that only an intimate and deep relationship can give us. Only when we risk getting our heart broken can we get close enough to someone to feel the rush of such love.

And that's what Runa and Thor can teach us to do. Despite Thor looking like a big ogre to Runa, she slowly took the opportunity to learn more about him as she grew older and more confident of her surroundings and herself. In that self awareness, she found the strength and will to take a chance. So can we!

I hope you will feel vulnerable enough to put your heart out there. Just think of all the love that can come your way! There is no higher plane of existence than the one we inhabit when we feel seen, heard, understood and loved by another human being. And that is the same cocoon of belonging that we feel in all it's magnificent intensity when we extend such love to them. But to get there, we must put our barriers away and take our guard down so we may venture forward with courage.

Wishing you a week of glorious vulnerability and courage,
Love,
Sunita

#selfloveselfcarefirst#vulnerability#love#courage#bobmarley#collies#siberianforestcats#dog#cat#relationships
Posted by Sunita Merriman at 8:30 AM