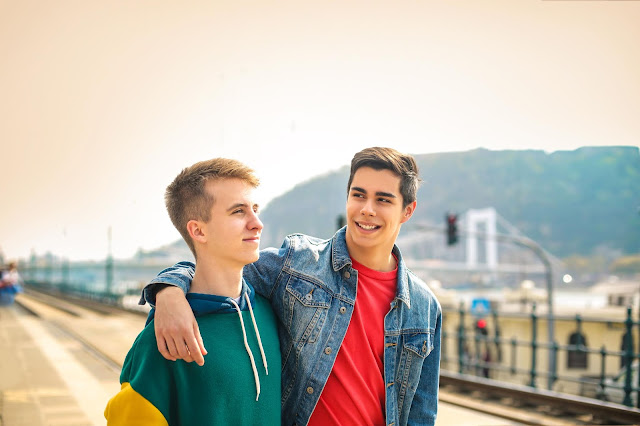 I am the mother of two daughters. So most of my parent time is spent with them and their friends. And a majority of that time is spent talking about feelings, emotions and relationships. That is the world we inhabit. But I have started to  pick up a common thread in the conversations that my friends, family members and patients are having with their sons. Especially those who have teenage boys. What many of these boys are feeling and experiencing is not only deeply concerning, but troubling.

Our culture does not allow boys the opportunity of deeply engaging in openly emotional relationships with each other. There is a strong stereotype of boys being less emotional than girls. That is not true. It is almost impossible for young boys to express tenderness and vulnerability with each other without being labelled gay, girly or weak. This cultural taboo has resulted in a social isolation in boys that persists throughout their life as an edict of what it takes to be a man.

The results are disastrous.

The American Psychological Association Guidelines for Psychological Practice for Boys and Men were issued in 2018. A first in the history of the APA.

Drawing on more than 40 years of research showing that traditional masculinity is psychologically harmful and that socializing boys to suppress their emotions causes damage that echoes both inwardly and outwardly...Men commit 90% of homicides in the US and represent 77% of homicide victims. They're the demographic group at risk of being victimized by violent crime. They are 3.5 times more likely than women to die by suicide and their life expectancy is 4.9 years shorter than women's. Boys are far more likely to be diagnosed with attention deficit hyperactivity disorder than girls, and they face harsher punishments in school- especially boys of color. Source, APA

NPR's Shankar Vedantam and his team bring their observations, questions and invitation for discussions to researchers and lonely men and boys in The Lonely American Man to gain insight into our cultural traditional definition and unspoken rules of masculinity. In this Hidden Brain podcast, they give a voice to the millions of middle aged and older men who suffer so deeply in isolation, at times resorting to desperate measures to combat their loneliness. They note that alcohol abuse, depression and withdrawal from social interactions, distractions like extreme exercise and overworking and a rise in suicide among baby boomers is just the tip of the iceberg of the American male's emotional deprivation. And to understand how things got so bad for these men, they explore what happens to young boys as they reach adolescence.

Dr. Niobe Way at NYU has been listening to boys for the last 3 decades and shares her thoughts and findings in her books and talks. She says, "Boys are amazing human beings of unbelievable emotional and social capacity. And we as a culture, completely try to zip it out of them...American masculinity and masculine norms and expectations make close friendships into a girly, gay thing rather than simply a human thing. So as boys grow older and enter manhood, they begin to be overwhelmed with this expectation that somehow they have to be on their own- they can't depend on others- they have to be fully independent- that somehow the desire for intimacy with other boys is problematic."

As a survivor of attachment and childhood trauma, I painfully, and clearly recognize this emotional isolation, disconnect, and dead end. I don't view this problem as a gender issue- but rather a human issue. But the reality is that large numbers of boys and men are suffering in silence due to the taboo of them publicly admitting to being lonely. This is because they are not granted the permission or freedom to experience emotions, vulnerability and the need for deep and intimate relationships.

We are wired as human beings to connect with others. When we are denied that connection, we die on the inside. And at times, on the outside as well. Death by suicide has risen among men between the ages of 50-54 by 50% even though the overall rate of suicide has gone down. 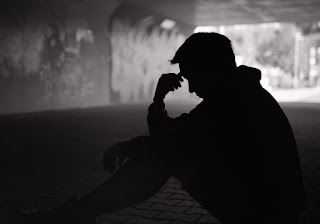 There are many reasons for the increasing social isolation of men. Social media use mimics connection, but is not even a faint substitute for the real thing. On the contrary, it can cause depression and heighten social isolation. Shrinking social circles are also a result of our culture's shift from participation in organized clubs and activities to disinterest in joining and ample availability of private entertainment. Robert D. Putnam explores this issue brilliantly, and poignantly in his book Bowling Alone.

Work and family now take up a majority of our time and energy. Many of us are raising our families in areas that are geographically far away from where we grew up. So we lack the built in connection and support that we had. There is also a stigma to being viewed alone or lonely in our society that plays a role in inhibiting men from seeking new friends, and pursuing deeper relationships with each other. Research shows that women in a relationship are the primary arrangers and coordinators of social activity of a family. If divorced, men greatly lose that interaction with friends and family after the event. That leaves them further isolated.

So what can we do about this? What guide can we use as we raise our sons, interact with our brothers, nephews, uncles, fathers and grandfathers, counsel our mentees and advise the young men who come in our path?

Start with this question which has been posed to participants by a study, now in it's second generation at Harvard University.


"Who would you call in the middle of the night if you were sick or afraid?"

If they can't answer this question immediately, with at least a few names, then there is some work to be done by them. Because the Harvard Study data collected since the late 1930's shows that men who had someone to turn to were happier in their lives and their marriage. Also seen were very strong connections of their answer to their physical health. People with warm and closer connections with others lived longer, developed chronic middle age disease less soon and had better health on average than people who did not have close relationships.

Robert Waldinger, a psychiatrist and psychologist, who is the current Director of the Harvard Study, in a TED talk viewed by almost 30 million people reveals what the study has shown to be the recipe for happiness.

Relationships. Warm Connections. Friendships that allow sharing of our life and our vulnerability. Knowing that you can rely on someone.

Here are some things you can do to be part of the cultural change we must bring about. And some recommendations for you, if you are part of the epidemic of loneliness that we find ourselves in.


They are human attributes of the highest form, and necessary for living a happy life. We must give our boys a license to be emotional because it is a matter of their life or death.

Wishing you a week of connection and vulnerability!
Be well Do well Live well
Love,
Sunita