Ken Burns and Dr. Siddhartha Mukeherjee Team up to Bring it Out of the Attic 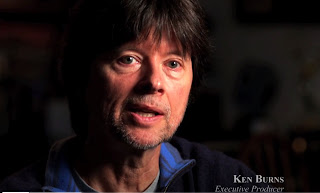 This week, I tuned in to PBS to watch Cancer- The Emperor of all Maladies . It premiered in 2015 but is just as fresh and relevant today.  Ken Burns presents this 3 part film based on the Pulitzer Prize winning book The Emperor of All Maladies by Dr. Siddhartha Mukherjee

In the first part, one of the people featured in a storyline vaguely remembers his relative suffering from cancer. That was because she was living in the attic, away from anyone who could find out that she was suffering from the disease. Out of the way and hidden. She died and no one was the wiser.

In this day and age, it's hard for us to imagine that a diagnosis of cancer carried such secretiveness and shame. We now recognize that we are all affected by cancer in some way or the other and have developed an understanding of it's brutality and impact on the patient and their loved ones. Resulting from this understanding is our compassion and empathy for them. And our desire to help in the process of treatment in any way we can.

Cancer : The Emperor of All Melodies matches the epic scale of the disease, reshaping the way the public sees cancer and stripping away some of the fear and misunderstanding that has long surrounded it. The story of cancer is a story of human ingenuity, resilience, and perseverance but also of hubris, paternalism and misconception. Source, Official website of  Cancer- The Emperor of all Maladies.


Ken Burns film Cancer- The Emperor of all Maladies gives us a history lesson on how we got to the point of social acceptance and a relentless determination and efforts to find a treatment for all cancers. It was not overnight and certainly not easy. Many people devoted their life to making this change. From clinicians, to researchers to philanthropists. And governments and society at large. It was decades of work and fund raising that brought us to the point where cancer in most cases is not an automatic death sentence.

Dr. Siddhartha Mukherjee has honestly and candidly described his family's relationship with mental illness in another book of his The Gene. "I went with my father to visit my cousin in a Calcutta mental institution, a grim place where I saw a man disintegrated from schizophrenia and from institutionalized life."

I would like to think, or perhaps hope that Ken Burns and Dr. Siddhartha Mukherjee will pair up once again to illuminate the plight of those who suffer from mental illness and bring them out of the attic.

It is much needed.

Mental illness affects us all, directly or indirectly. But it is still a taboo subject in our everyday conversation. We applaud those who come forward to share their stories of mental suffering as if they are doing something very brave. Well, we are, but it shouldn't require 'courage' to talk about our inner world. It should be accepted as an ordinary conversation. Our mental and psychological health should be considered just like our physical well being. Actually it should take precedence since it controls a large part of our physical health as well. The mind -body connection is no longer only a philosophical concept as researchers like Allan Abbass, MD and his team are showing empirical evidence of the effect of undiagnosed and untreated psychic pain on our bodies.

I end today with a statement attributed to Sharon Percy Rockefeller in connection with the film, Cancer - The Emperor of All Maladies.

I would however request that you replace 'Cancer" with 'Mental Illness' when you read it. The statement stands just as true to this suffering as it does to cancer.

"Cancer touches nearly everyone in this country, and public media can play a vital role in educating Americans about this disease," Rockefeller said. "We will illuminate cancer as never before, exploring in depth its history, sharing the experiences of those battling it, and offering new hope by spotlighting some of the most extraordinary research being done today"

Mental Health- The Monarch of All Well Being
Ken and Siddhartha, in case you are looking for your next project...

I am hopeful that our mind and our inner life will continue to get the spotlight it deserves so we may live a life free of stigma, shame and unnecessary suffering. And so research and treatment for mental illness will continue to find ways to effectively and predictably help patients and their families live with dignity, purpose and meaning.

Wishing you a week of creative wonder,
Sunita


Posted by Sunita Merriman at 3:41 PM